Motion, passed on 22.3.18 in Berlin’s House of Representatives:

Berlin has become a Blue Community

May the House of Representatives resolve:

The Senate is called upon to participate in the Blue Community initiative originated by the Council of Canadians. In so doing, the State of Berlin acknowledges and undertakes to adhere to the following principles in the long term:

The extent to which Berlin’s water footprint, particularly with respect to water imported from countries of the Global south, can be included in the Federal State’s procurement directives, should also be examined.

To this end, the Senate should report to the House of Representatives by 30.06.2018 for the first time and every two years.

Water is essential for life. Its preservation is therefore one of the most important obligations for political and public administrative stakeholders.

Berlin is already a blue city. The successful referendum in 2011 and the resulting remunicipalization of water in 2013 have contributed significantly to the water quality in our city. Necessary investment in modernising the water network has finally begun. However Berlin’s rivers and lakes remain compromised by contamination after rainwater overflows as well as by Brandenburg’s open-cast mining, the waste of which flows into the Spree.

The voluntary commitment as a Blue Community will help to actively oppose the threats to water quality in Berlin. It will also contribute to informing the population about the quality of our water. The associated efforts will also fit in with the ongoing implementation of the European Water Framework Directive (WFD).

The Blue Community initiative was initiated in 2011 by the Council of Canadians, Canada’s largest social action organization, and its Chairman, Maude Barlow. Following in the footsteps of many Canadian cities and communities, the project was launched in Europe in 2013; Bern, Paris and St. Gallen are just some of the cities that have entered into this voluntary commitment. The World Council of Churches is also certified as a Blue Community. Following the example of Basel, entry into the group of blue communities may also serve to promote responsible use of water, even in the Global South. 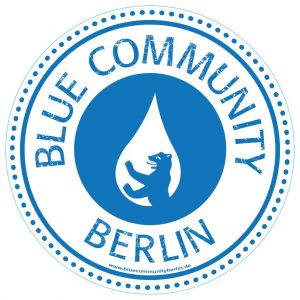 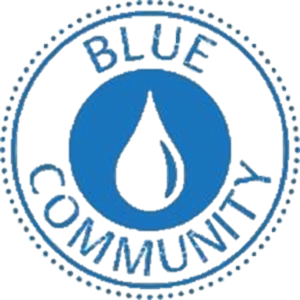 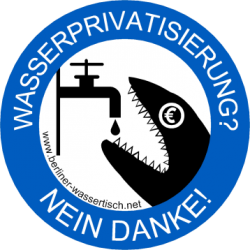 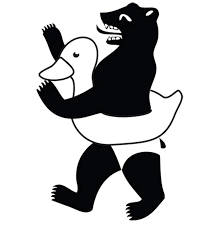 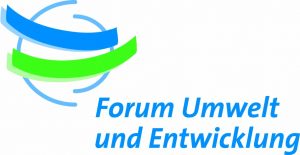